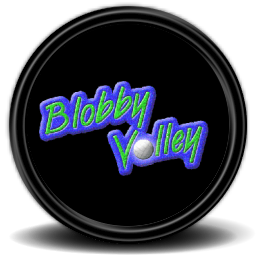 One match of 2 rounds will be played.
The rules used in Blobby Volley are standard volleyball rules.
The game ends when one of the two players reach 15 (or more) points and also there is a two point lead over the other.

The server host is required to take a screenshot after each game.

Matches will be played on the pc’s of the participants of the competition.
Disable Windows Firewall for Blobby Volley. Add an exception or disable the entire firewall for network play.
1 of the participants will host the server.
The hoster can start the game when both blobbys are moving in the game.
If a player drops out of the game for any reason, he will be disqualified.

Every Blobby Volley game consists of 2 rounds.
Each of them has to be played until 15 points, but the two players can agree to play only one round. This has to be decided before playing! In this case, the players enter the same results for both rounds.

The background image must be the original background.
The blobby colors are user-definable.
Mods are not allowed.